I recently had the oppurtunity to work with a pretty sweet charity organization: Pilots 'N Paws.

I was lucky enough to be able to rescue Aladdin from the Rockport Animal Shelter and bring him to a loving family in Boerne, Texas. 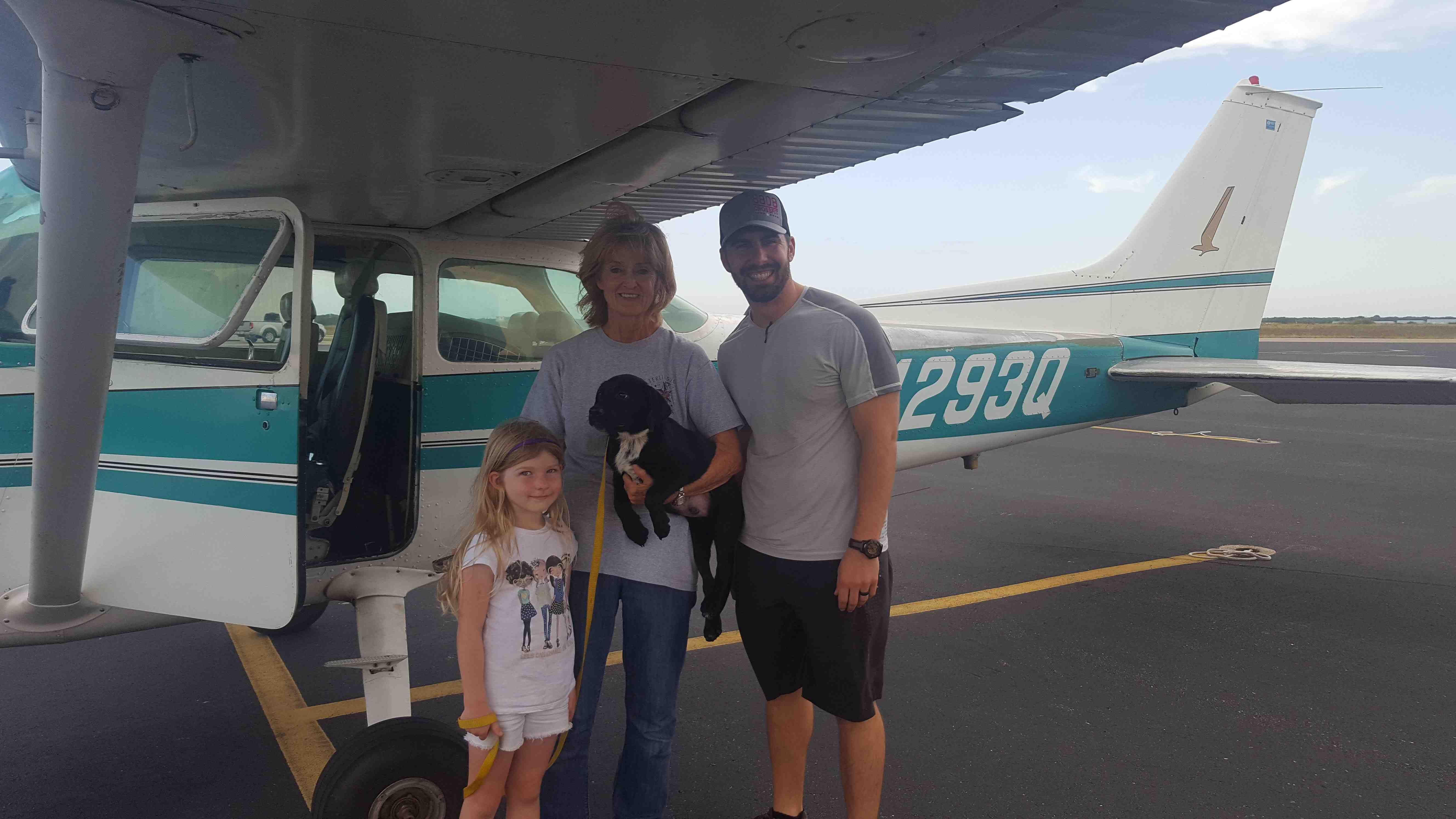 This program is great because pilots who love dogs get to put a purpose behind their flying. Instead of just flying to another town for BBQ or a hamburger you can really have an impact with your flying. Additionally, since Pilots 'N Paws is a non-profit charity, pilots can also claim the flight costs as a charitable donation.

On this flight I got to fly to Rockport which involved a landing that flew over Copano Bay and overlooked the Gulf Of Mexico. This was my longest flight to date and I had a great time flying with Aladdin. 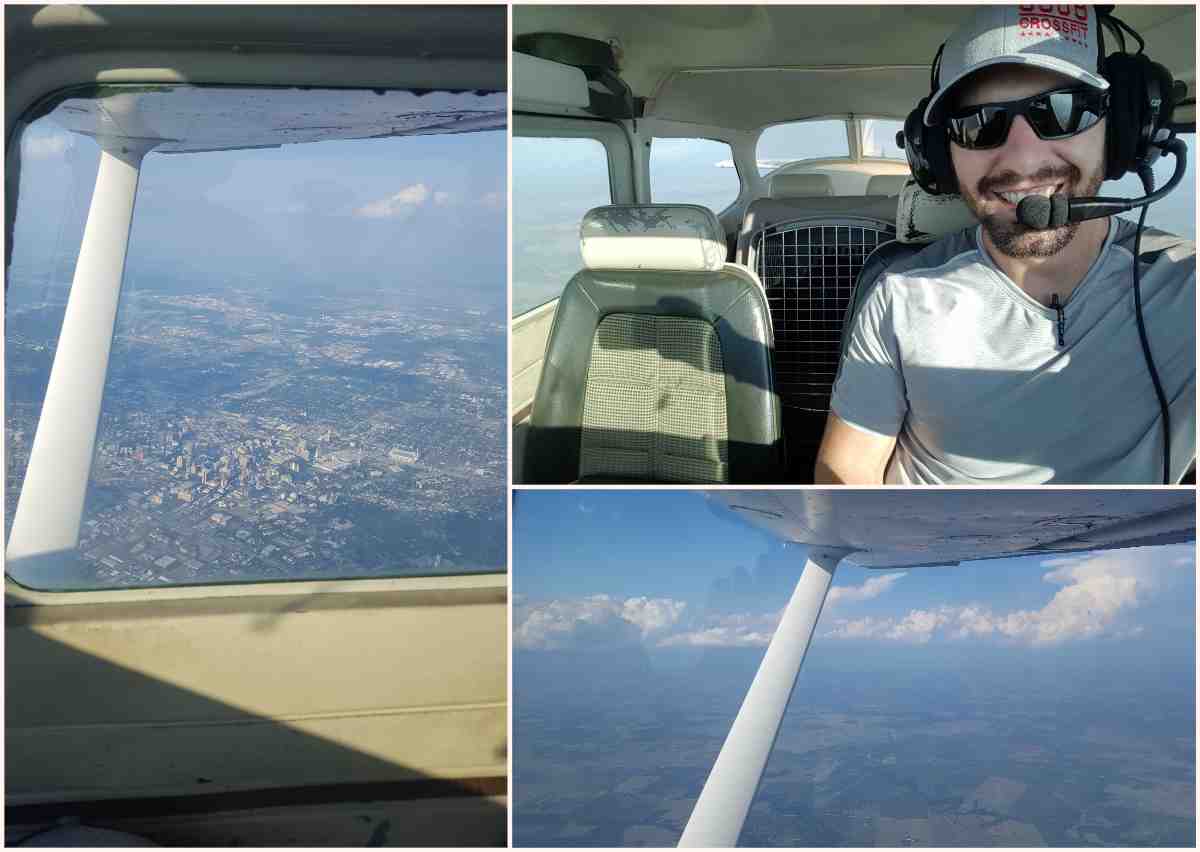 This flight also gave me a good sense of what having on-board weather can do for you. With the ADS-B In functionality of the Stratus transponder, I was able to pick my way through a few rain showers that otherwise probably would have made me turn around. With live weather I was able to see where the gaps in the rain were and fly towards those. That being said, the weather from ADS-B in delayed and cannot be used as a sole source of information. I still had to keep my head up and make sure that I had a way out in case the weather was not as predicted. 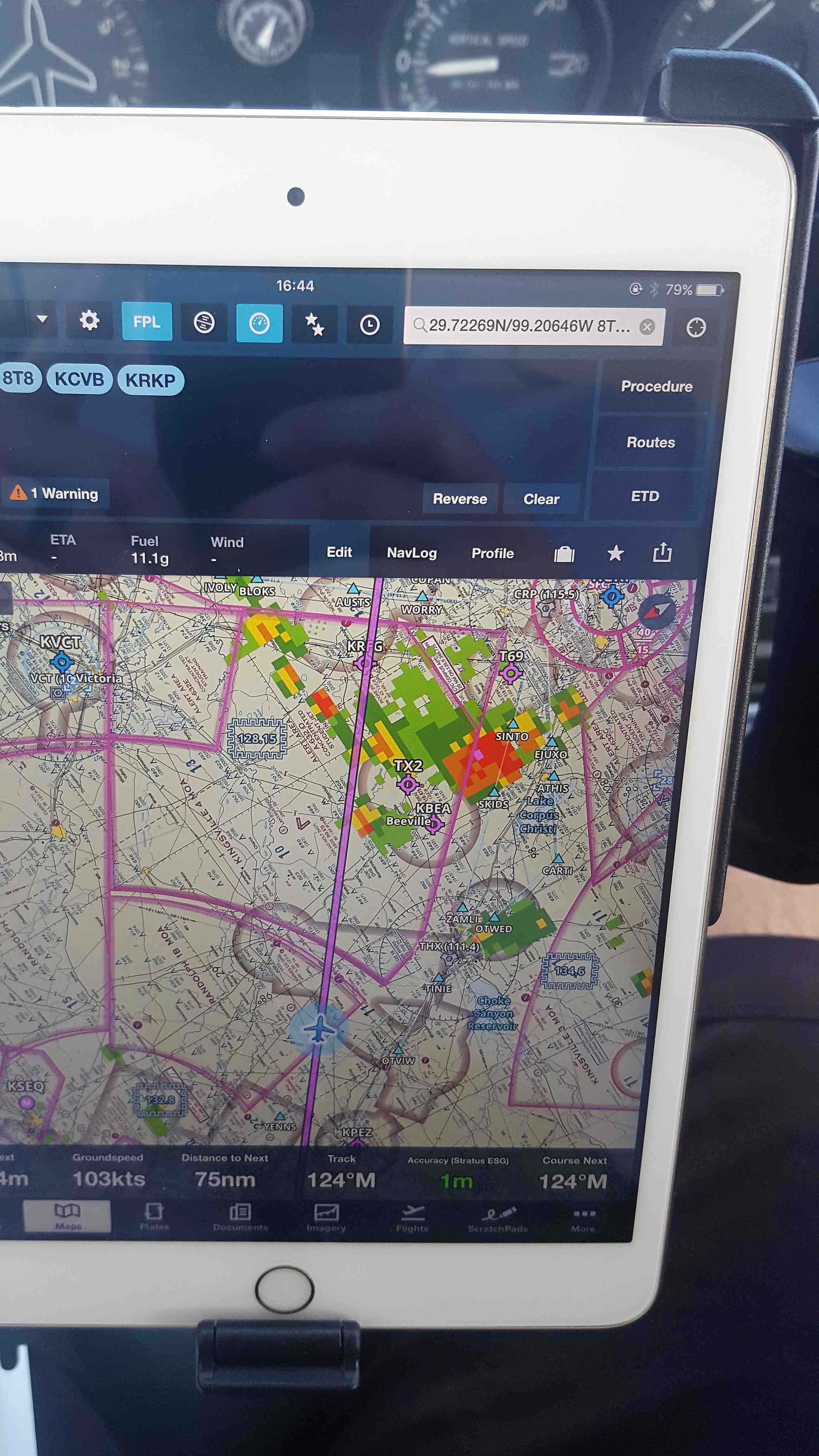 I had a blast on this flight and I definitely intend on doing more. The added bonus is that Briana is a bleeding heart for dogs so now she can't get mad when I fly ;).