We recently got back from a good week long vacation to Colorado to visit our brothers and my nephew. Aside from the great breweries and awesome beer, my brother and I also got to do some back country camping. We chose Lake Como, nestled in the middle of the Blanca, Little Bear, Ellingwood group because of the infamous road leading up to it, the reportedly beautiful lake, and the potential to maybe climb a couple 14ers (fail).

The Lake Como road is infamous as a challenge to even most the heavily modified 4x4s. Regular cars can make it about 1.5 miles, stock 4x4 probably 3.5, we were lucky enough to make it to about 4 miles up the road before we figured the risk of permanent damage to my brother's truck was not worth it.

The initial part of the road is just straight rocks and about as bumpy as you can imagine. After this initial stretch, the road turns into a more typical mountain road with spots of difficult terrain.

We got to a point where we thought we were going to have to stop. Luckily we ran into some other folks who had made it higher on the road and told us we could easily make it further (they had hiked down to help another guy). We went another quarter to half a mile and finally parked. The truck had a few new cosmetic scratches from encroaching trees but overall we had a blast making our way up.

The road continues all the way up to camp (an actually beyond, there isn't really a solid delineation where the road ends and the trail begins). Hiking up was not too steep, the real challenge is that most of the road was just big rocks, like the lower part of the road. We came across some old log cabins, a clear stream, and wonderful views back into the valley and plains below. 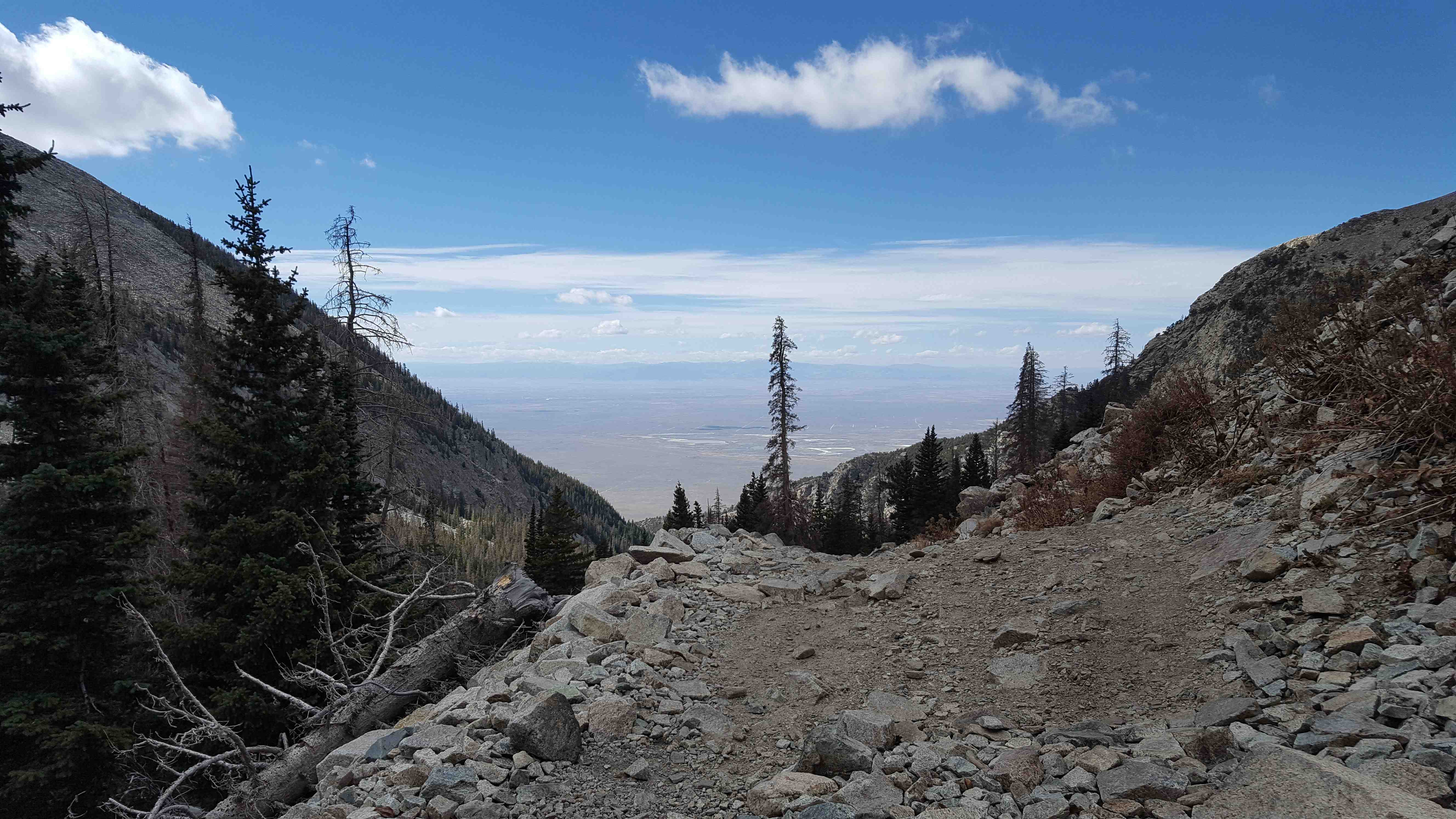 Reaching the lake at about 11,750 feet, we were greeted by an amazing view as well as an awesome shack that someone had built for the communal use of campers. The cabin had a wood burning stove, camping and hiking gear, and space for 3-5 people to sleep. My brother really wanted to try out his camping and hiking gear, so we opted to set up our own camp and let some other folks use the cabin.

We got to collecting and chopping wood, setting up our tents, and hiking around the lake. By the time the sun went down, we had a good fire going and were making our dinner of freeze dried chicken and dumplings. 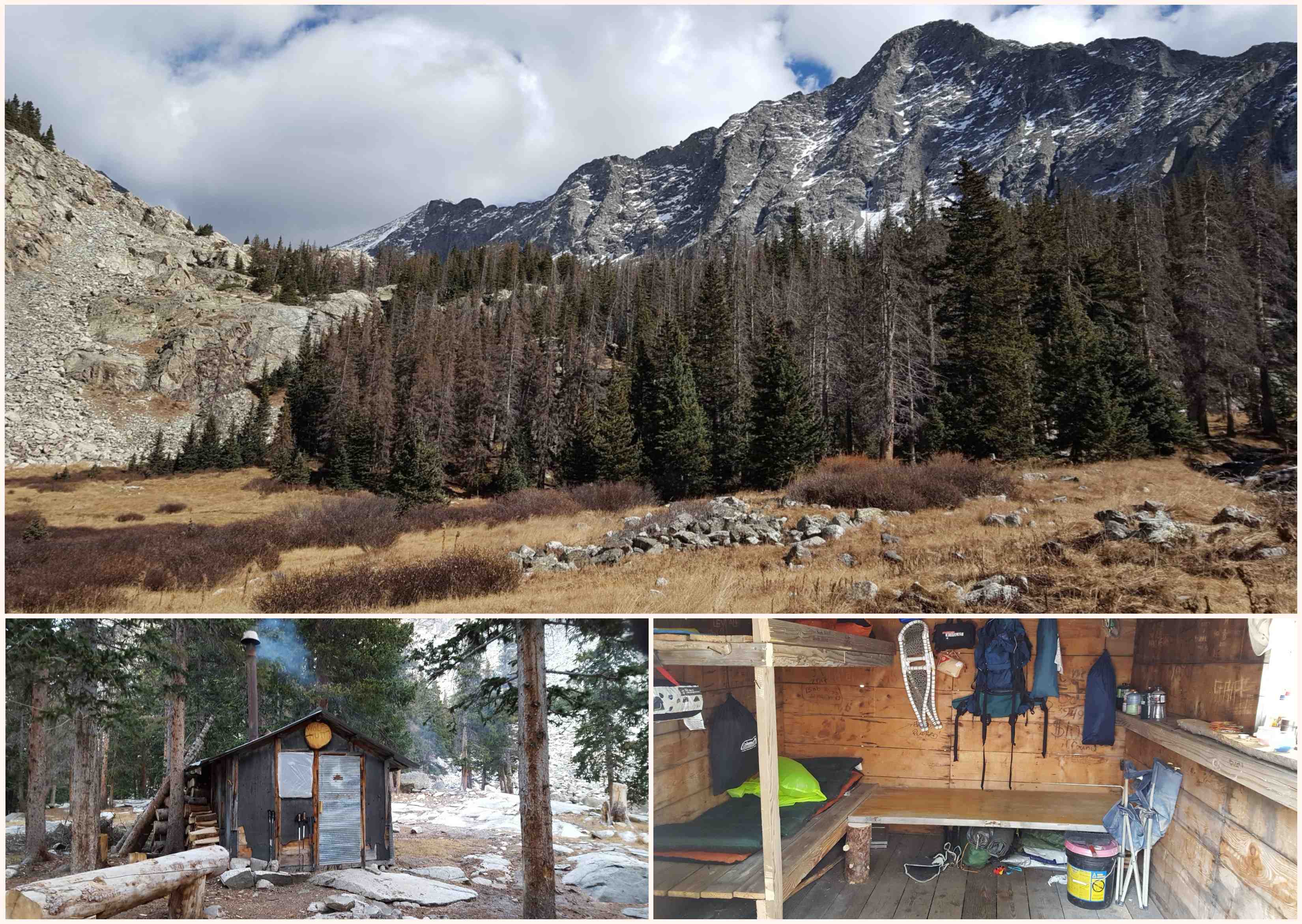 That night the temperature dropped to probably 20 degrees and we got a light dusting of ice/snow. Overall, my bag cinched tight around my face and some foot warmers made for a generally comfortable night until an ATV came driving by at 0630.

The next morning I was feeling pretty terrible with a big headache and some queasiness (mild altitude sickness) so we decided not to do a 14ers but just to take the trail up a bit to the Blue Lakes.

In retrospect, I should have taken some Tylenol prior to starting our hike, I probably would have felt much better. We also figured that each having an infant at home had sapped enough of our energy to make climbing a 14er a less than fun experience on this trip.

We hiked up to the lakes and found a cool waterfall that was being enjoyed by a family of Rams. They did not seem to much mind us, so we got to snap a few pictures. 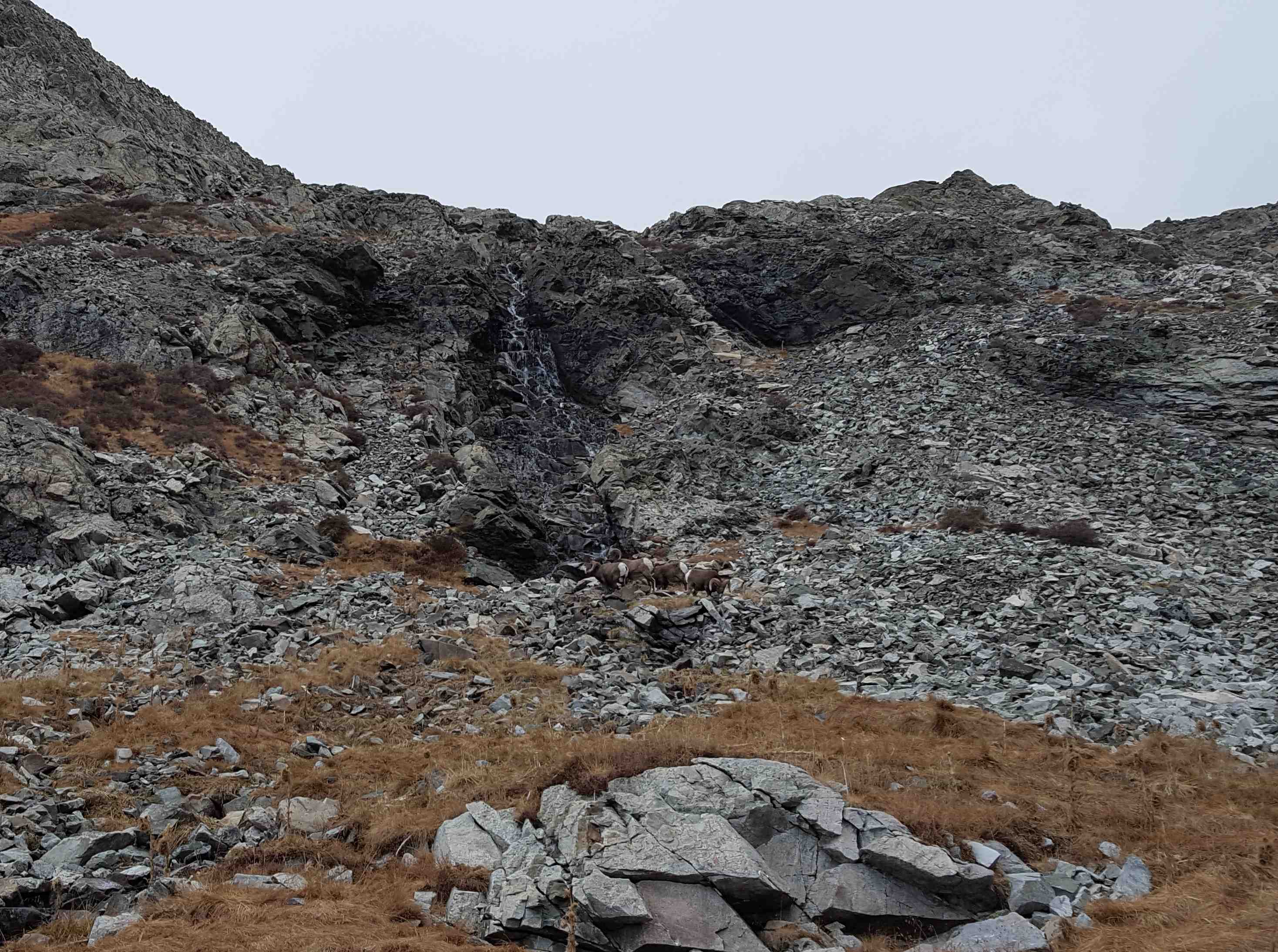 Visiting family and getting to hike around in the Colorado wilderness is always a great time. We even got to take our son to the Air Force Academy for the first time. Next time, I am going to plan my hiking for the last part of the trip instead of the first part in order to give myself a little bit more time to acclimate to the altitude. 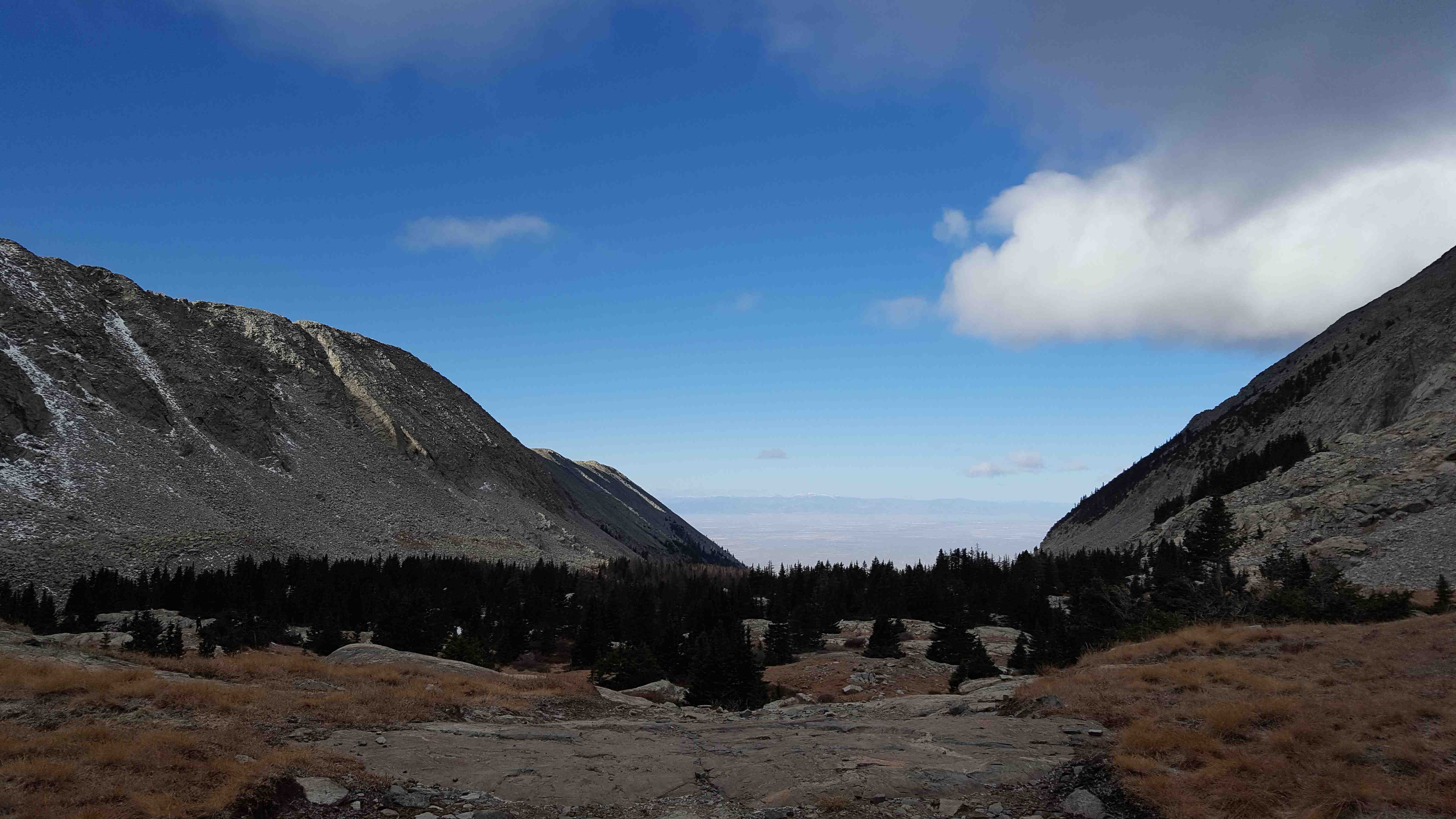