Our family vacation this year was to Maui, HI so that we could visit family that recently moved to Honolulu. The trip was an amazing opportunity to spend time together and to let the Little One (LO) interact with his extended family.

Aside from spending time at the house and in the pool, we got to spend time around the island doing other fun activities. This trip was wonderful and we cannot wait to be back again someday.

The LO was amazing the entire trip tackling the time change and many activities like a pro! Economy Plus seats are a must for long-haul baby travel. Props to Southwest and United for their amazing service and assistance.

Wanting to get some hiking done on the island, I looked up the closest trail that turned out to be the Lahain Pali Trail. This 5 mile, end-to-end (not a loop) trail traverses Maui's southwest side along an old cart path built by missionaries in the 1800s and crosses through a windmill farm. The trail is extremely rocky for the most part and is windy the whole time. Water was a must; I did the trail in running shoes but hiking boots would have been ideal if I had them with me.

The views along the trail were great, though certainly not the best on the island. If you just want to get out for a hike on the Lahaina side of the island, this is a good choice but I would not go out of my way for this trail.

Since the trail is not a loop, and I did not want to do 10 miles, I took and Uber back to my car from the Maalea side trailhead back to the Lahaina side. 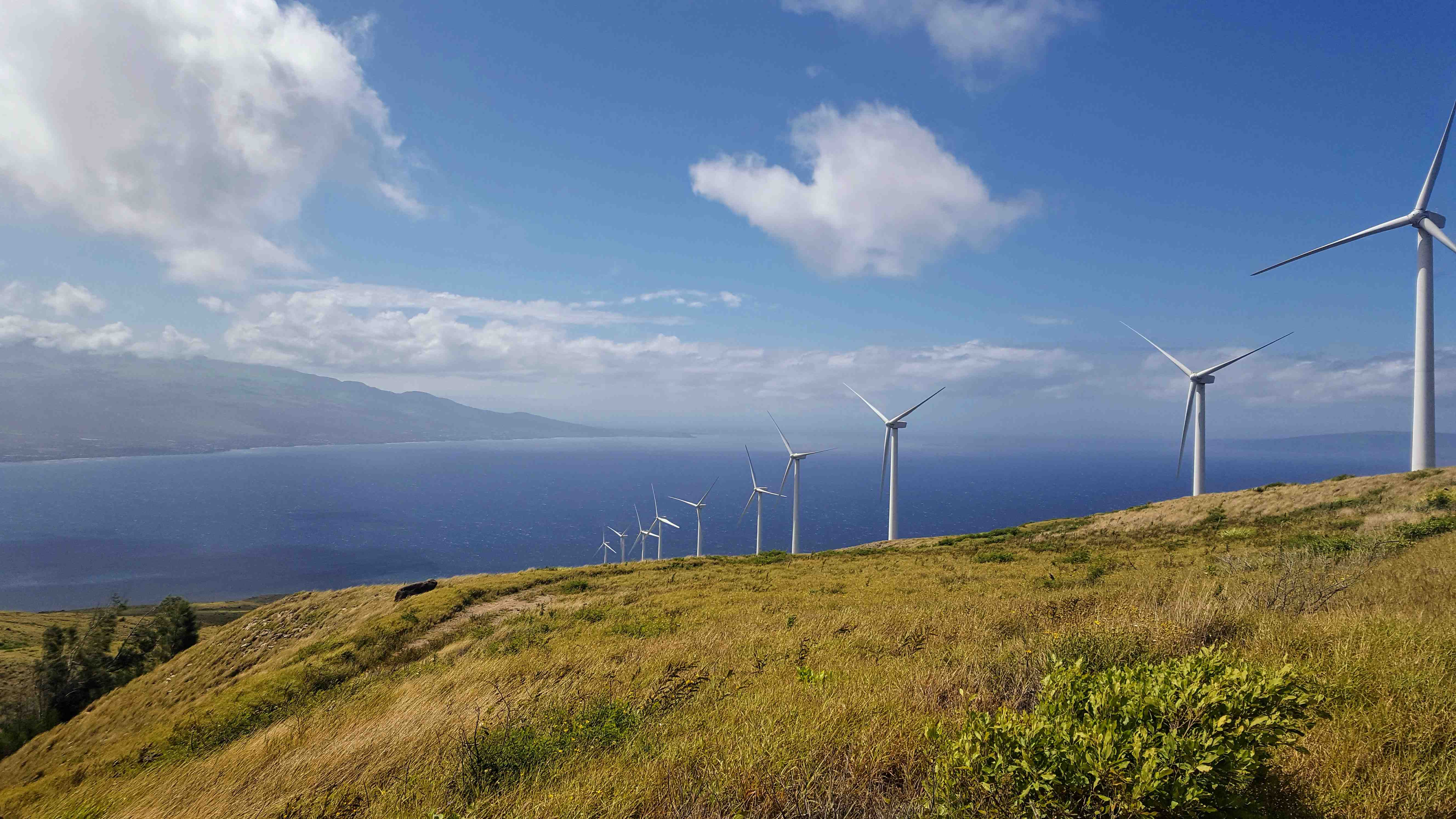 TL;DR - The sunrise from Haleakala is nothing short of spectacular, though the drive there is long.

We got up super early to go see the sunrise from the summit of Haleakala. We probably arrived a bit late and missed some of the early colors. I would plan to arrive at least 30 minutes prior to published sunrise, if not a full hour before. Once there, the hike up the trail to the very top of the viewing area is easy and worth the 5 minute hike to avoid the major crowds. It is COLD up there so be sure to take a jacket and/or blankets.

Being as you have to enter the National Park to view the sunrise, plan to spend a chunk of the day in the park doing some of the hikes there, especially if you are coming from the other side of the island. 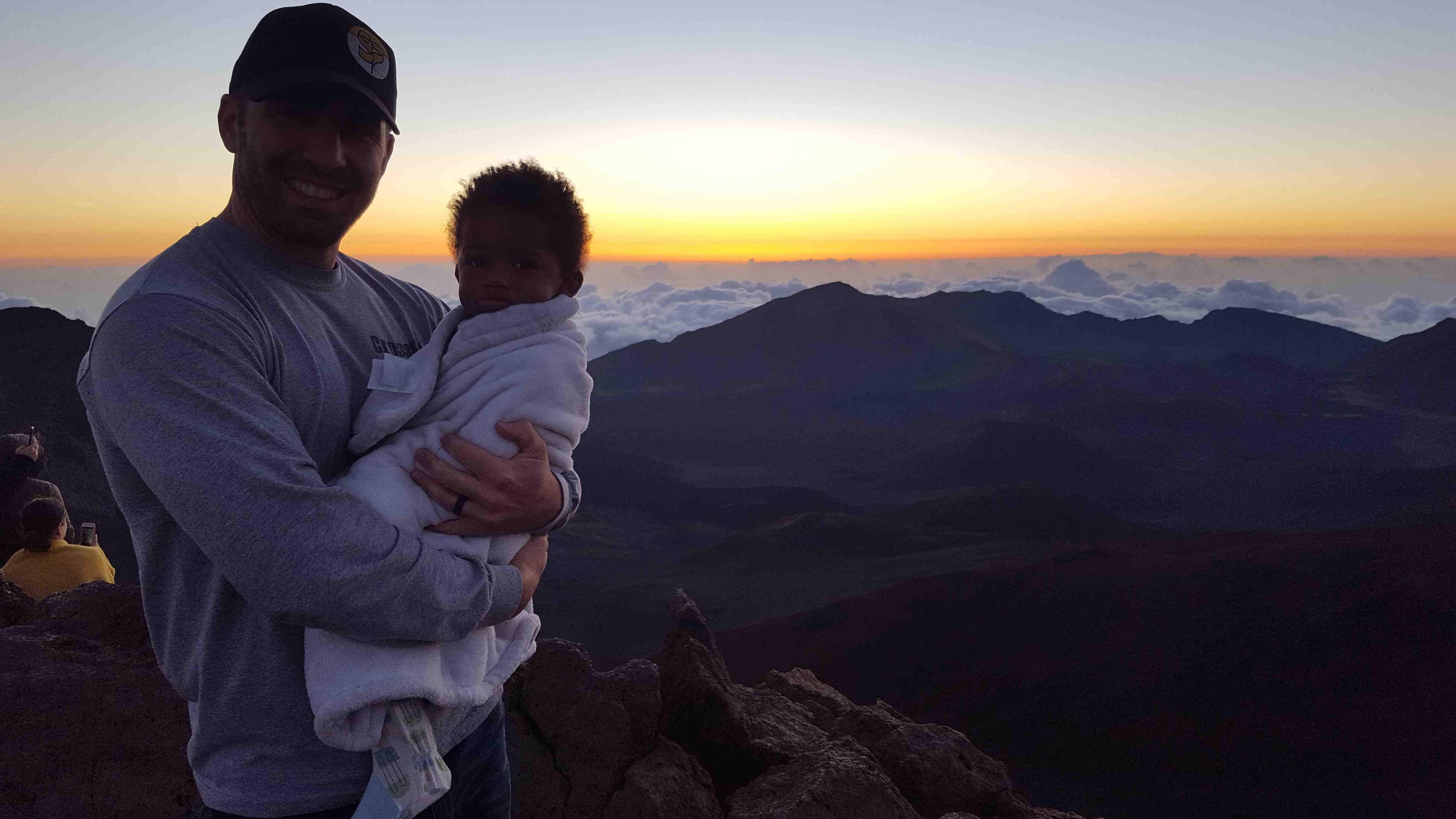 Knowing that this would be a unique experience, I coordinated a flight with Maui Aviators. These folks hooked...me...up! They recommended that we do the Maui County Loop which had us flying from Kahalui Airport on Maui around the North end of the island over to Molokai to see the stunning sea cliffs and for a touch-and-go at Kalaupap (KLUP), over Molokai to Lanai for some low flying over the shoreline, some close up flying around some shipwrecks, and finally back over to Maui.

Brad was a great CFI and handled all the radio calls (nice for all the local inter-island calls) and also was a great tour guide. Flying in a later model Cessna 172 (early 2000s) was a fun experience compared to the early 70s planes I normally fly. 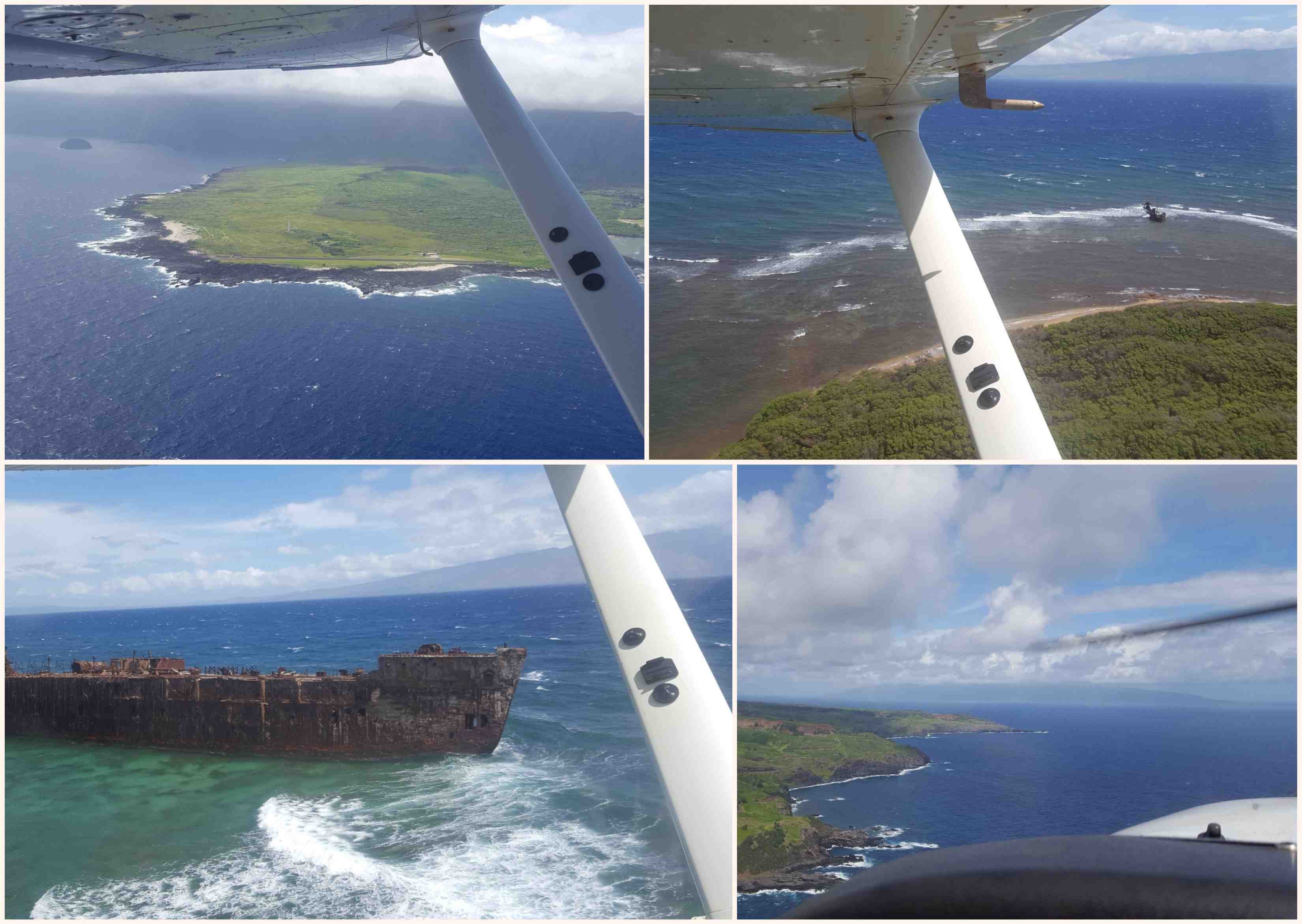 The Road to Hana is just as picturesque as everyone says and the road is long. Your best bet is to pick a couple good stops and spend a fair amount of time there. We did a handful of stops and they are all amazing, but the multiple times in and out of the car was taxing. We stopped at the Twin Falls, Halfway to Hana food stand, Waianapanapa State Park, and a Thai restaurant in Hana. Of these, the State Park was by far the best stop with black sand beaches, some hiking, and a cool blowhole. The best option might be to pick one other beach and make the day a beach day along the road. 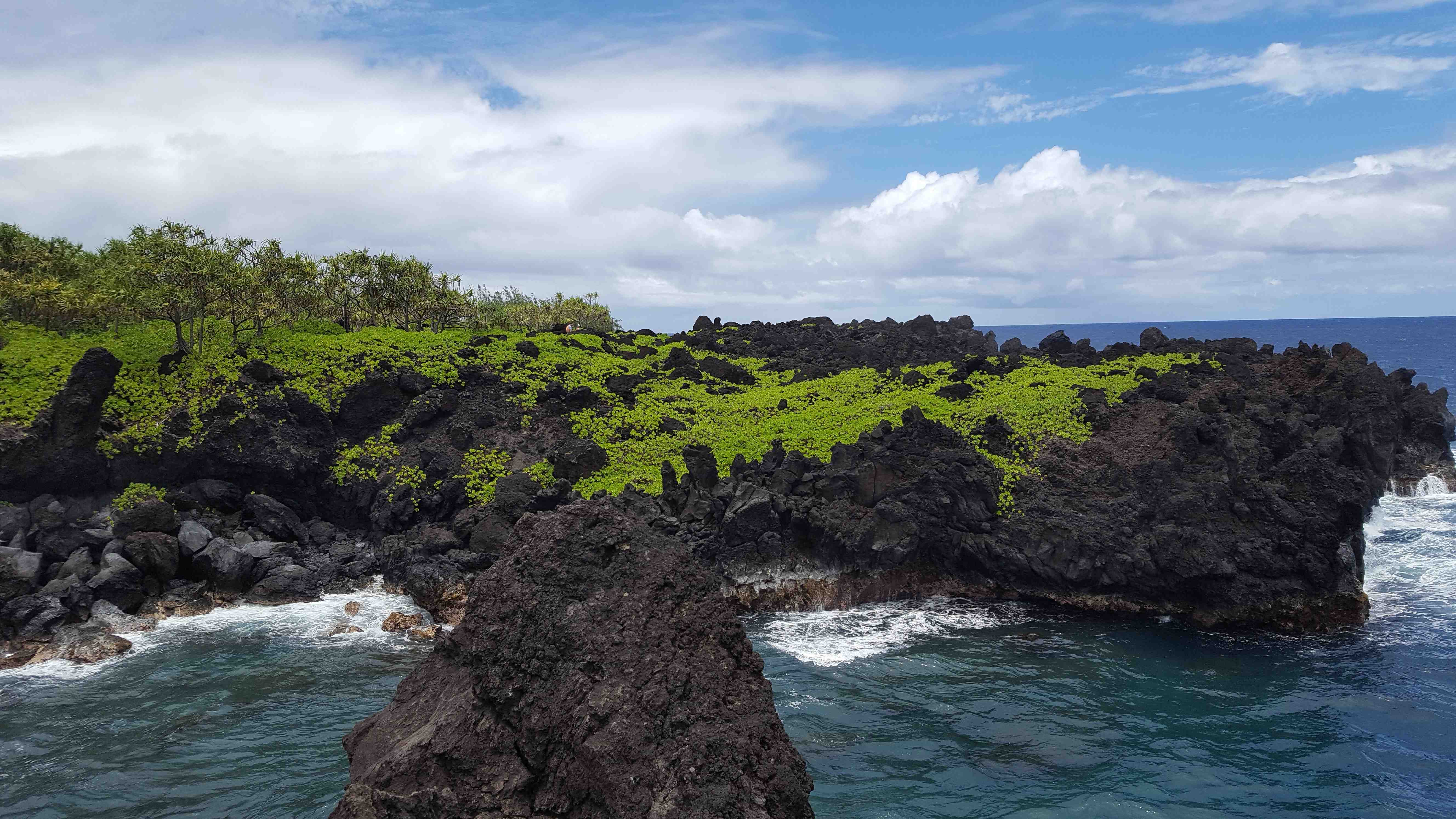 We did not continue on to the unpaved portion of the road and returned back the way we came. The one stop we wanted to make but ran out of time to see was the Seven Sacred Pools and the associated attractions in that area.

We also did a deep sea fishing trip one morning. I think this is the deepest fishing I had ever done as we were dropping our lines over 300ft. We did not catch anything too big. We caught one Hogfish, a handful of small red snappers that we used as bait, a few Blueline Snapper, and two larger Yellow Spot Travally.

We cooked up the Travally and Blueline Snappers for a tasty dinner that evening. The fishing was fun and it was fun chance to be out on the water around the southwest side of Maui. 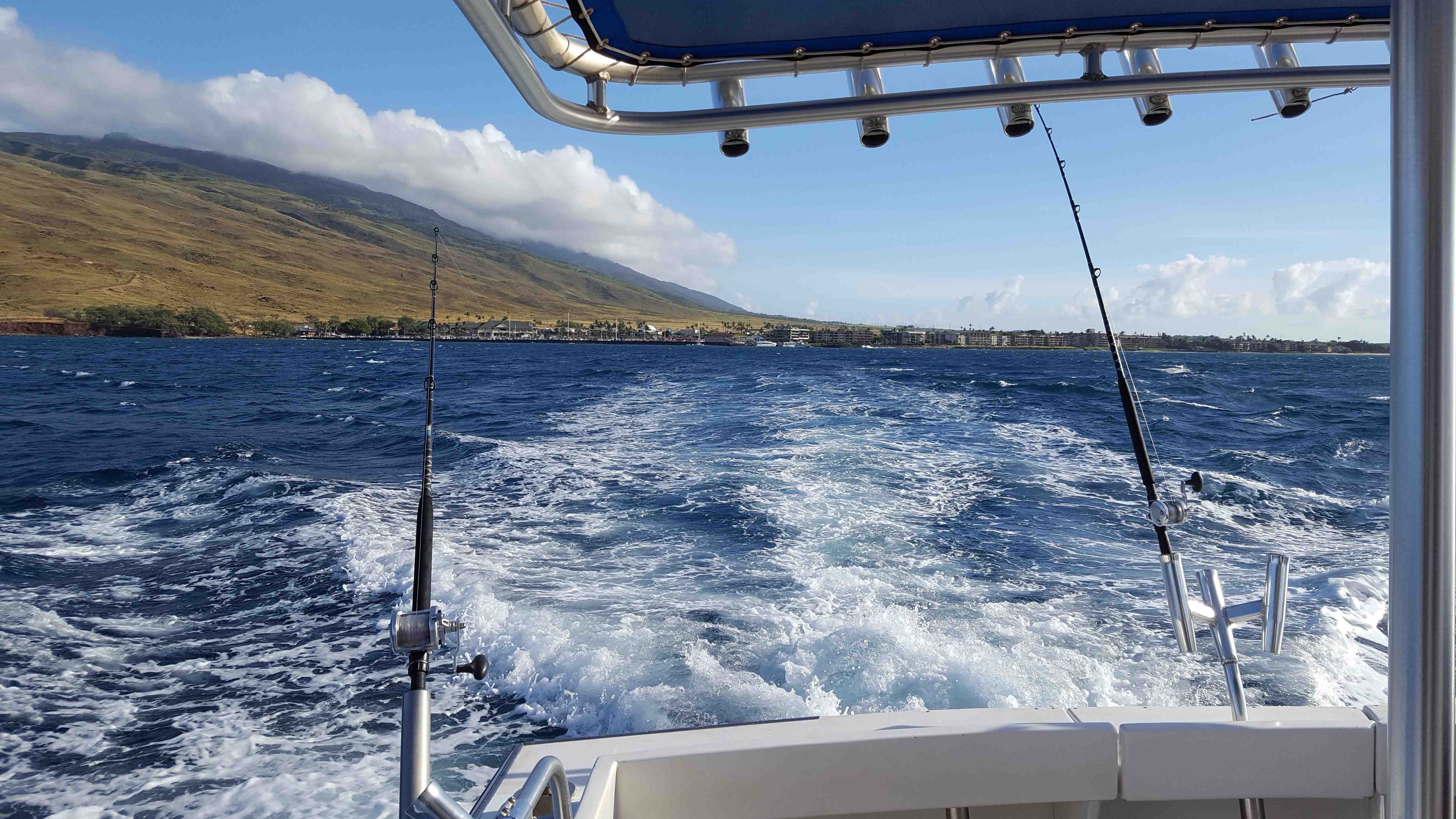 On our last day in Hawaii we traveled to Oahu to visit family. Whlie there, they recommended that I hike either Koko Head or Diamond head. Both are trails to to tope of volcanic craters. I could not decide which one to do so I decided to attempt both. I figure the family would get a late start so I got up at 5 AM and headed to Koko Head (the further of the two).

The Koko Head trail is an old railway that used to take cargo to the military bunker at the top. Now, in the current state of disrepair, the railroad ties make a 1000+ step stairway all the way to the top with an elevation gain of around 990 ft over .8 miles. This trail is extremely similar to The Incline in Colorado Springs. I went at a good pace and round-tripped from the car in just under an hour. The views at the top are outstanding and included a view of Diamond Head, my next hike.

Just as I finished the Koko Head hike, the family called and they were just getting up and ready to head out for breakfast in Waikiki. This gave me just enough time to go to Diamond head and jog that trail (walking would have made me late). I got there and found out that entry is CASH ONLY! What a bummer, I had no cash. The pedestrian fee is $1, so I decided to park just below the tunnel into the crater and jog in hoping that I would have better luck bumming a dollar off someone rather than th $5 vehicle fee.

Lucky for me, the entry staff were extremely nice and just let me go without paying. I jogged the trail to the top, which included a fair share of stairs build as part of the targeting bunkers built there after World War I. The crater at Diamond Head seemed much more defined than Koko Head. The views were equally as stunning. Jogging up and down I was able to make a round-trip to just before the tunnel in about 45 minutes. 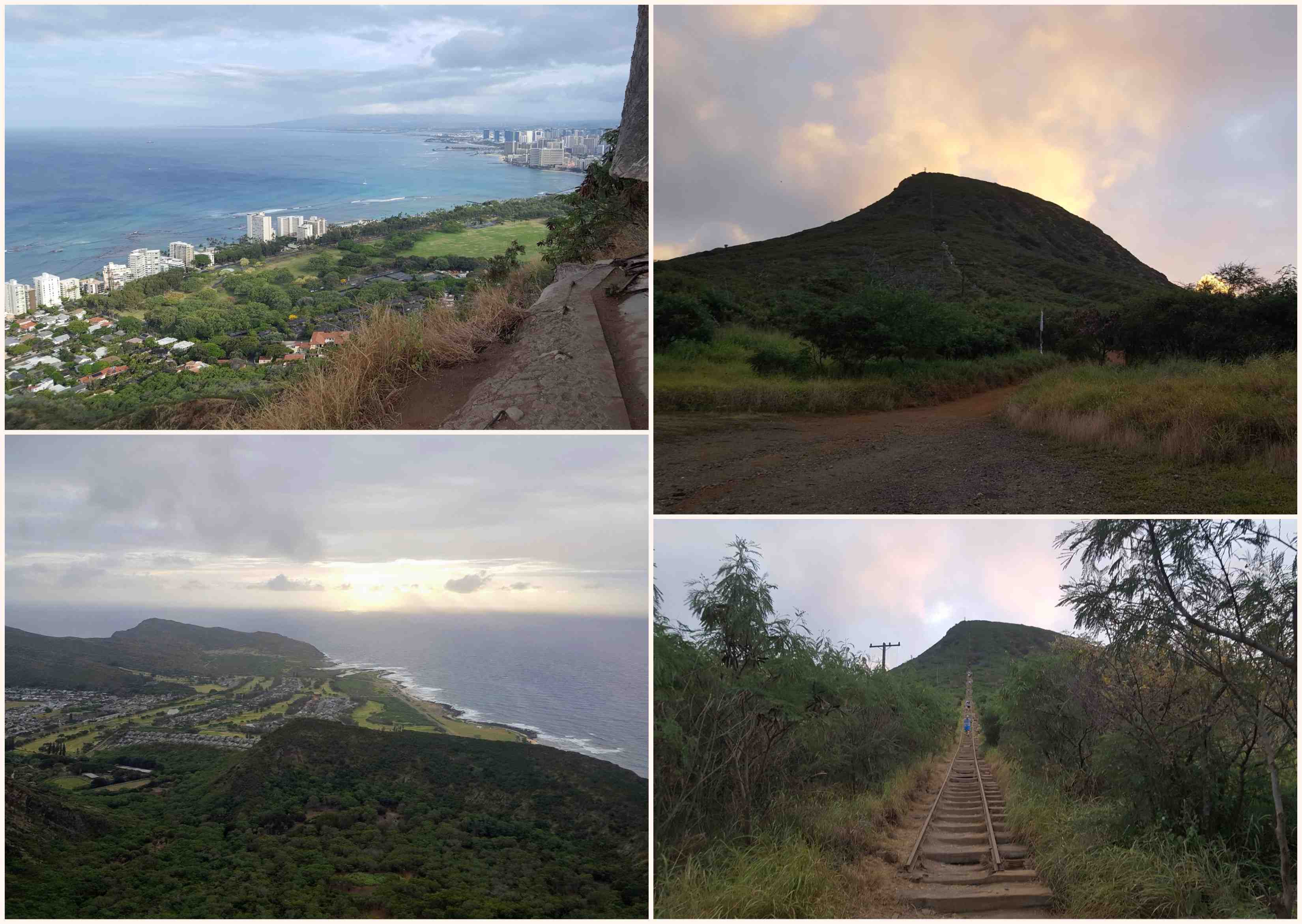 After two challenging trails I was ready for a big breakfast. Be sure to take water on both of these trails. One large bottle should be sufficient if you are in a decent state of fitness. Picking between the two is difficult. Koko Head is less developed and seems more like a true hike (though the trail is crowded); Diamond head seems to have more history (in tact bunkers) but the trail (path) is more improved and feels more like a walk in a park and you have to pay (normally).

Traveling With The LO

This was our first LONG trip with the LO. We got economy plus seats for the flight to Hawaii and bought a seat for LO (even though he is under two); what a lifesaver. The leg room on those seats and the extra seat for LO meant that he could play on the floor when we was getting tired of being held. Airlines have differing policies but seems like most charge a fractional price for children under 2 to have their own seat. 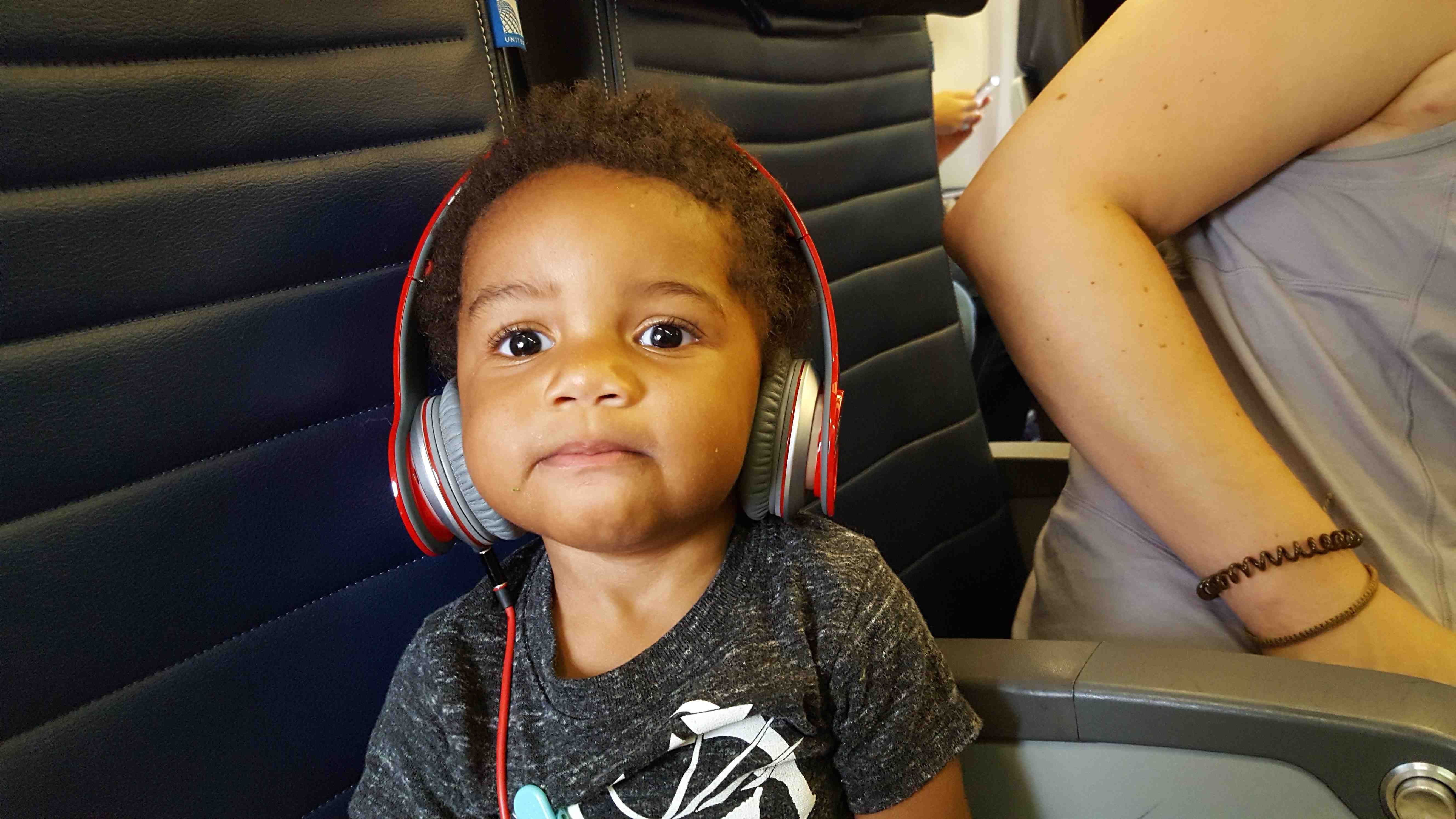 The hardest part was packing formula for a week-long trip plus about 11 hours with access to only our carry-on bags. We actually had to sit down and plan our bags a few days before departing to make sure that we would have all the supplies we needed. In addition to our normal carry-ons, we brought an entire backpack just full of toys for our LO.

The last 3 days of the trip LO spiked a pretty high fever. He was super lethargic and sleeping more than normal. At home we probably would have just kept a close eye on him, but since we were about to fly 8 hours back home, we did not want to get stuck on a plane with something we could not handle. So we ended up in the ER for a few hours as a precaution. They just gave us Motrin and sent us on our way, all the tests they ran were negative. Better safe than sorry!