Empathy, Empathy, Empathy! All of this, all sides, all people. Empathy is the key and what we seem to be losing. I like to think I have great empathy for the disenfranchised but I fail spectacularly at demonstrating empathy for those whose political views run against my own and that is wrong too.

These are the topics that assault us on Facebook, YouTube, the news, print media, Reddit, left/right-wing rags, the radio, podcasts, and the entire ecosystem that we collectively call "the media."

Polarizing, divisive, combative; these are words we use to describe the current state of affairs in America. But why?!?! Has it always been this way and we just didn't know? Did something change? Why are we stuck here?

If you have watched "The Social Dilema" on Netflix, then one theme should have stood out to you: we all are presented and subscribe to a completely different set of facts! How can we possible behave as reasonable people when we cannot agree on what a fact is?

I have come to realize the at the core of this divisivness is a lack of empathy. It is easy to think of empathy as caring about the poor, the homeless, racial equality, and several other social justice themes. And it is true that these things do represent empathy.

But I don't truly know that about these people; in fact I know nothing about them.

What does this all mean?

It means that even if I disagree with a viewpoint, I MUST be empathetic to how someone came to have that viewpoint, where they learned their facts, and what their world view is, based on their upbringing and history.

It is not enough to say Fox News is evil because MSNBC probably is too.

Instead, we need to empathize with everyone! Are they racsist? Yeah, they are, but why? Were they taught that by their parents? A teacher? Society at large? Got different "facts"?

No one has ever swayed another person's opinion with name calling.

Attempt to demonstrate empathy in all facets of your life. At the store, gas station, restaraunt...anywhere.

Waiter got your order wrong?...empathy

Customer service on the phone didn't solve your issue?...empathy

You can quickly see that in most situations, being angry at the person is not at all helpful. As Briana and I have learned in 11+ years of marriage:

The same is true for all the topics listed at the top. The topic should not be the thing we fight over but rather how do we achieve the right answer.

See both sides of the conversation. As F. Scott Fitzgerald once said:

We HAVE to get to a point where people are able to understand both sides of the argument. Have your opinion but do NOT assume that others can understand it. Seek to understand theirs though.

If you want more, here is a great TED Talk on the matter:

Subscribe to The Random Adventure That Is Life (RATIL)

Get the latest posts delivered right to your inbox 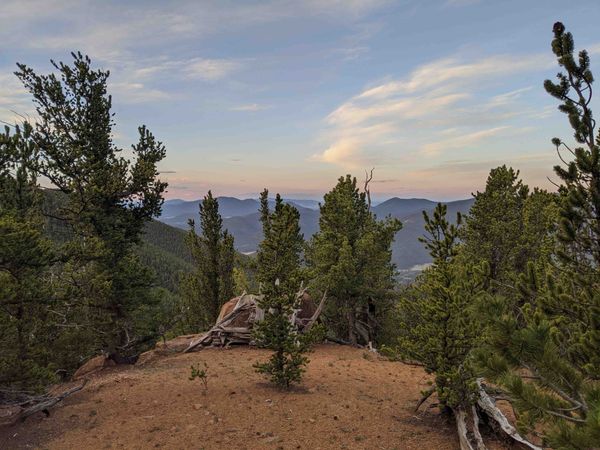 I was getting the itch to do a backpacking trip. Given the pandemic situation I decided to stick close to home and went with the Lost Creek Wilderness Loop. Coming

You've successfully subscribed to The Random Adventure That Is Life (RATIL)!
Could not sign up! Invalid sign up link.

Subscribe to The Random Adventure That Is Life (RATIL)

Stay up to date! Get all the latest & greatest posts delivered straight to your inbox